This guide has following sections:

RDA uses Stacks artifact as a way to refer to Application Dependency Mappings. Using Stacks, following can be accomplished:

Application dependency mapping in RDA is established using LRID (left to right impact declaration) model. Within the LRID model, each object is identified as either impacting node (left) or impacted node (right).

What is a node ? - A node is an application or infrastructure component such as Web server, App server, Database, Virtual Machine, Switch, Server, Storage, Volume etc. which are connected to each other within the ADM stack. 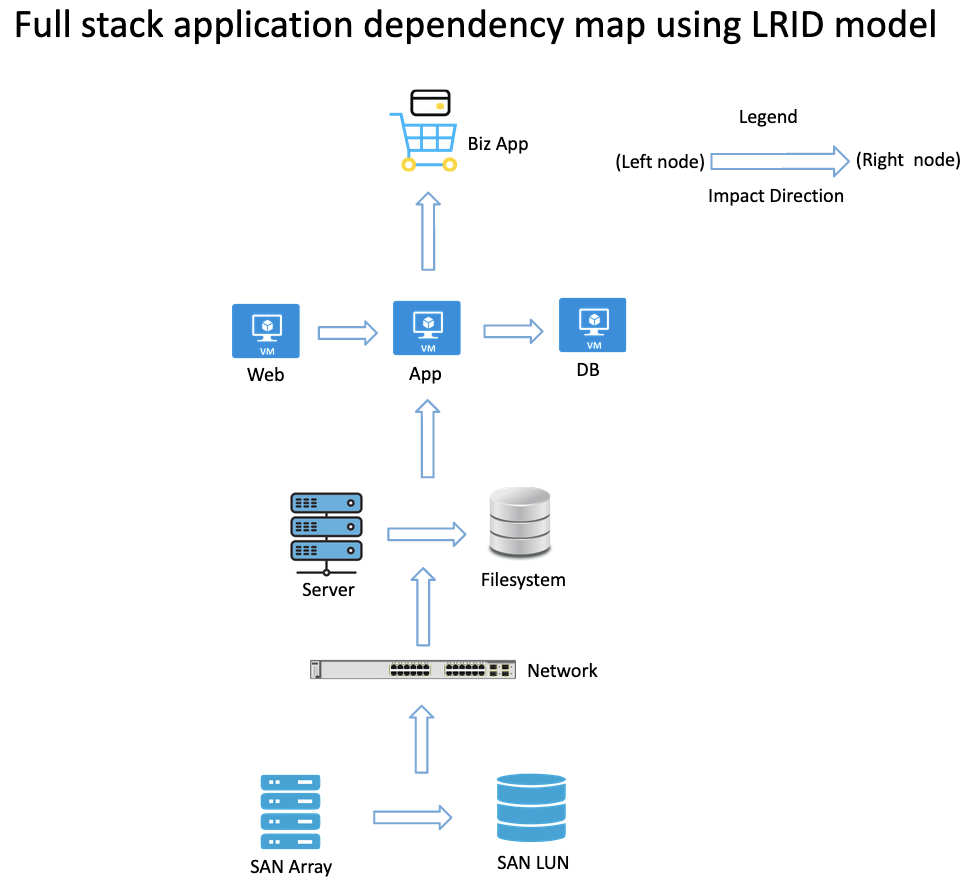 In order to generate an application dependency mapping (ADM) topology as depicted in the above picture, below are two types of datasets that need to be generated.

3. Creating Nodes dataset for an ADM topology stack in RDA

Below one is a sample pipeline that creates a Nodes dataset using 2 tier application stack's sample data.

When any of the node_id field or any other field which is going to be used as left_id or right_id and if it has has numeric value, please make sure to set it's data type as String using the below bot.

4. Creating Edges dataset for an ADM topology stack in RDA

Below one is a sample pipeline that creates a Edges dataset using 2 tier application stack's sample data. 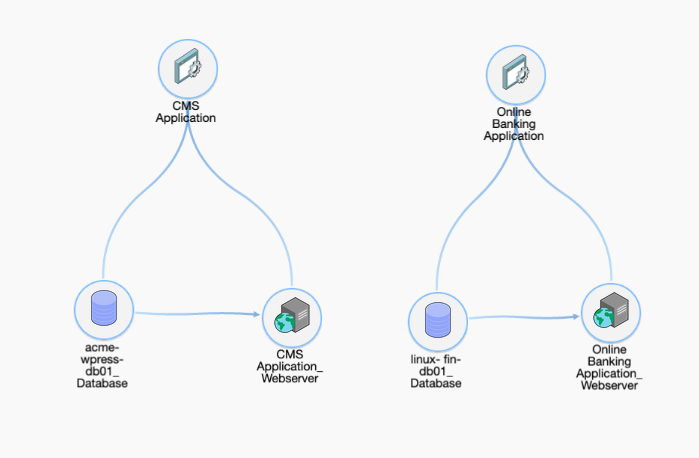